Back on the wagon

So I finally got some more time on the Datsun over the past few days. Friday I went down to my boss’ house and used his bead blaster to clean up some of the suspension pieces (photos of those later this week).

Today I needed to relax a bit (for the reason read this blog post) so I went into the garage and decided to pull the rear hatch off the car. I’m going to try to get rid of all the extra parts I have in the next week or two, and a hatch is one of the extras so I wanted to get the one off the car. That process went pretty quickly, and here are the results: 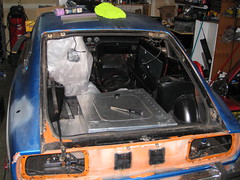 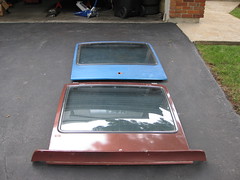 After that I started playing around with some paint stripper.Here’s the result of that. 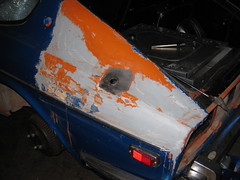 I don’t think I want to buy enough stripper to spray down the whole car! That’ll be a lot of chemicals, though it does end up cleaner than if I went to completely sand the whole car down.

« Power washing the second suspension Prepping the car for the move, putting the suspension back together »
comments powered by Disqus